Clapton Square in Hackney by NestEast

A restored Grade II listed building in Hackney is being marketed at first-time buyers after being broken up into flats by developer NestEast.

The five apartments are housed in a converted Georgian Townhouse at 15 Clapton Square.

Three one-bedroom properties qualify for the Government’s Help To Buy scheme, for those looking to get on the ladder, with prices starting at £395,000.

There are also two three-bedroom apartments, one of which is a duplex, which start at £695,000.

“We are proud to unveil our latest boutique scheme which combines modern living with history on one of east London’s most iconic and desirable garden squares,” said NestEast managing director Zuzie Poskitt.

“At NestEast, we offer homes which are innovative and complement a building’s history, yet also offer a modern, unique finish, which is seldom seen.

“It is very rare to offer new homes in an historic building which also has Help To Buy available, and we think this will enhance the desirability for first time buyers looking to live in this trendy London district.” 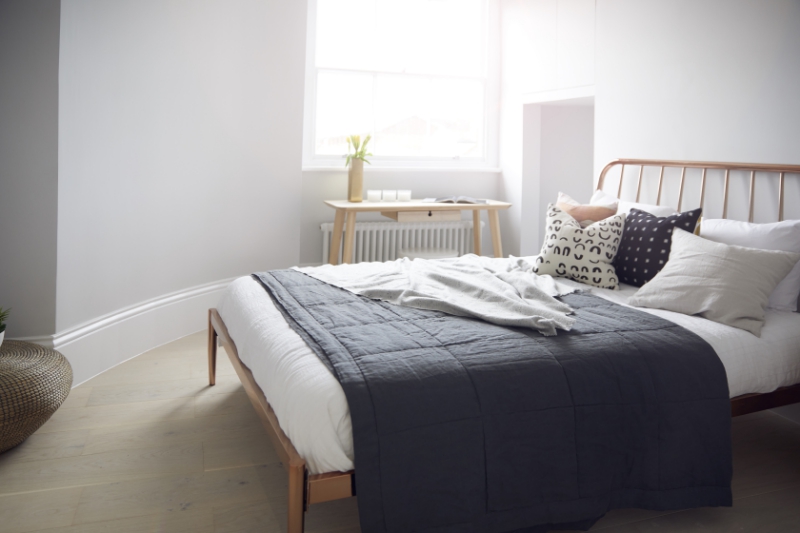 Clapton Square in Hackney by NestEast Credit: The Wharf

Created in 1816, Clapton Square is a designated conservation area and offers prospective buyers peace and quiet from the city according to the developer.

Ranging in size from 350sq ft to 920sq ft, NestEast said the five apartments had been given a Scandinavian feel by interior designer Inkfield.

“Originally the building felt dark and boxy and had clearly been neglected over the years but by bringing in a fresh, clean palette it offered us the opportunity to flood the building with natural light and maximise the feeling of space in even the smaller of the five apartments.”

The Clapton Square property is located close to Hackney Central, Highbury And Islington and Liverpool Street stations meaning Canary Wharf workers would face a 38-minute commute via the Jubilee line and Overground.