Five years on, has Help to Buy been a hindrance? 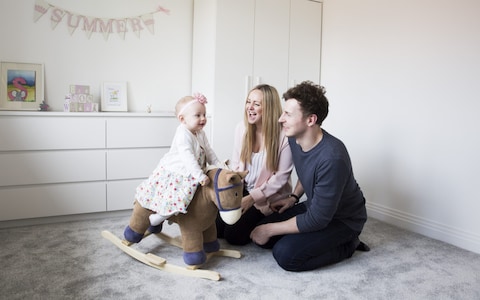 The feel-good factor after the 2012 London Olympics masked the fact that the UK was still reeling from the global financial crisis.

Wage growth was non-existent and the number of people buying homes plummeted to half the usual level. House prices across most of the country were flat or in decline, and the construction industry depleted as skilled workers changed trade. A big-name housebuilder teetered on the brink.

The following April the Government stepped in with its flagship housing policy, Help to Buy. The shared equity scheme has courted criticism, often accused of ­inflating property prices and lining the pockets of housebuilders.

But five years on, could we have done without it?

A leg-up for first-time buyers

The scheme allows buyers to purchase a new-build home with a five per cent deposit, with the Government offering a 20 per cent top-up towards the purchase price. As of April 1, those who used the scheme when it first launched will start paying back interest on the outstanding loan.

On average, this amounts to between £50 to £70 per month on top of their mortgage, according to research by Savills and JLL.

This comes at the same time as interest rates are starting to rise, the first time that young buyers will have experienced it. The most recent figures reveal that the scheme has helped a total of 117,000 first-time buyers get a foot on the property ladder up to September 2017.

For Kayne Cross and Charlotte Lyndall it’s a manageable price to pay. They have just moved into their first home in  Waterside at Monksmoor Park, near Daventry, Northamptonshire. The couple purchased a four-bedroom house for £319,500 using Help to Buy and put down a five per cent deposit.

“We had been living in a shared ownership home in Rugby, but found the rent and mortgage charges together were too high,” says Cross, 28.

The machine operator spotted the Crest Nicholson development when it was under construction, attracted by the high-pitched roofs, white render and grey-framed windows.

“The Help to Buy scheme was a huge help to us and made owning our own home possible,” he adds.

Prices start from £259,000 for a three-bedroom house and the site is surrounded by countryside. Crest Nicholson’s Monksmoor Park estate sits alongside the Grand Canal with Daventry Country Park to the south.

A lifeline for housebuilders

“Go back five years and there is little doubt that Help to Buy was needed to kick-start housing delivery, and address the acute issue of deposit barriers for first-time buyers,” says Lucian Cook of Savills. “Mortgages were pretty scarce and it opened up the market, helping first-time buyers while underpinning housebuilding.”

Therein lies another criticism levelled at the scheme: the main beneficiaries have been the major housebuilders. A third of all new homes built since April 2013 were sold using Help to Buy, according to research by Nick Whitten of JLL.

Without those additional 145,000 homes, stocks would be even lower and therefore prices higher. However, Whitten is fearful that the housebuilders have become too reliant on Help to Buy and they’ll need “weaning off it”. 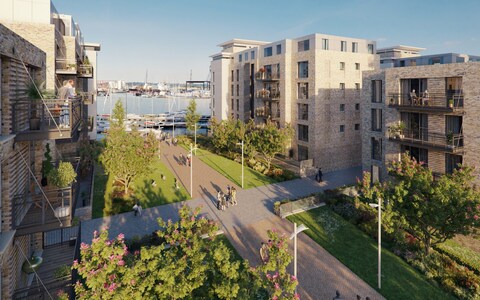 Paula Higgins, the chief executive of HomeOwners Alliance, believes the policy is an unwelcome house guest that has outstayed its welcome: “The real winners are the developers or those investors who buy units at the bottom of the market and flip them, after the price of a first-time buyer home has gone up 20 per cent,” she says.

Persimmon, which sells around half of its homes using the scheme, has seen its share price rise 270 per cent since Help to Buy started in 2013. This resulted in a controversial windfall £110 million bonus for Jeff Fairburn, its chief executive.

Around 80 per cent of all Help to Buy purchases were made by first-time buyers, but it’s also helped previous homeowners who jumped off the ladder and need to get back on. For nurse Yvonne MacDonald, 50, and her husband Paul, 56, it’s been life-changing.

The couple had to sell their family home in Stevenage due to financial issues. After renting, they finally bought again in the Surrey town of Frimley using Help to Buy.

Their second home, in the conversion of the old Frimley cottage hospital by Woodbridge, was £320,000. Paul commutes into Reading to work for a major tech firm, and they are a 100m stroll from the high street, which has a Waitrose and a Grade II listed pub, the popular White Hart.

“Help to Buy made all the difference. With our savings and a little help from the family bank we had enough to put down the £16,000 deposit. Our mortgage payments are around £1,500 a month, which isn’t much more than renting, and best of all, it’s our own home,” MacDonald says.

“I’d highly recommend the scheme to anyone who is struggling to get on the property ladder, especially the younger generations, and for people like us who have had to sell their homes and start again.”

Currently for sale on the Woodbridge Frimley development is a two-bedroom flat for £320,000.

A money-spinner for the Government?

Frenetic price rises in the first few years of Help to Buy were seen in London where the scheme was hardly used as the £450,000 limit was too low. (It was later raised to £600,000 in the capital.) 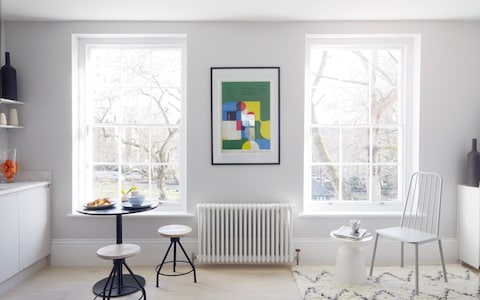 In a converted Georgian townhouse in trendy Clapton Square is this one-bedroom flat which has been kitten out in a cool Scandi design. Guide Price: from £395,000 CREDIT: NATALE TOWELL

High take-up in these lower-priced areas suggests that young buyers are skipping a rung of the housing ladder: rather than buying that first flat, they are able to buy a bigger family home and can stay put longer. For the Government this means it will take longer to recoup their share of the property (when the owner finally sells), and so reduces the stamp duty haul.

‘The son of Help to Buy’

Help to Buy cannot be analysed in isolation: while it mostly helped those who were already close to getting on the ladder, and could raise a five per cent deposit, it provided £35.3 billion of liquidity, and created confidence in the market.

It is time for the Government to work out what to do next, as the scheme is due to come to an end in 2021. Cook, from Savills, believes it must form part of a policy portfolio of broader schemes to help buyers further up the property ladder.

“We need a balanced approach to the housing crisis,” he says, citing the need for more family homes and suitable properties for downsizers who do not want to move into a retirement village. Whitten agrees: “We need something that helps the income-rich but cash-poor through a part-rent, part-buy model – a son of Help to Buy.”